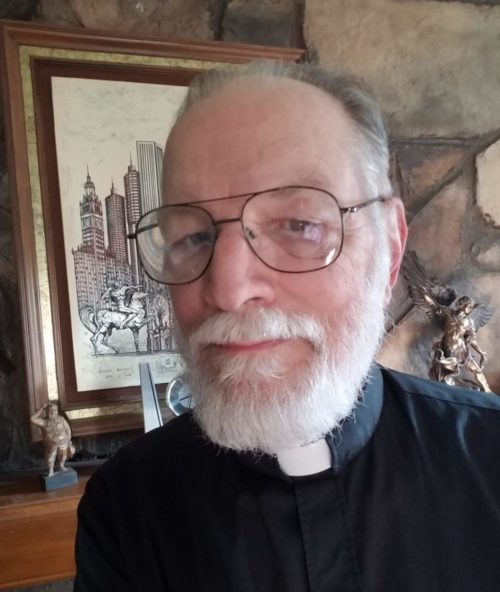 Father Michael J. Furlan
was born in Chicago and grew up in Franklin Park with his family where he and his sister attended St. Gertrude’s grade school.

Father Michael holds a Bachelor of Arts degree from Loyola University and a Masters of Divinity from the seminary.

Ordained to the priesthood by Cardinal Cody May 14, 1975, Father Michael was first assigned as Associate Pastor to St. Celestine Parish in Elmwood Park.  It was during this assignment that Father Michael became active in the Cursillo Movement and began producing and hosting a Sunday night live radio talk show on WIND.  Several years later, Father was appointed as Associate Pastor of St. Leo the Great Parish, later servicing as Administrator, and Co-Pastor, and in 1991 he was appointed as Pastor of St. Leo the Great.  He continued serving in this African-American parish for the next eleven years.

In 2002, Father Michael accepted a new assignment and was appointed as Pastor at St. Germaine Parish in Oak Lawn where he served until his retirement in 2019.

We are grateful to Father Mike for his willingness to share his gift of ministry with us here at St. Francis Xavier, assisting and praying with us at our weekend Masses.